Myth – Eyes can be removed out of living human beings.

Fact – Eyes are removed only after death.

Myth – Eyes can be donated even by a live person.

Fact – Eyes can only be pledged by a live person. Eyes can be donated only after death.

Myth – Removal of eyes causes disfigurement of the face.

Fact – Removal of eyes does not produce any disfigurement of the face.

Fact – Eye donation does not interfere with or delay final rites, as the corneal excision procedure takes less than 30 minutes.

Myth – Eyes of aged donors are not acceptable.

Fact – All donors’ eyes are acceptable irrespective of the donor’s age, including eyes of premature/still-born babies.

Myth – Indian eyes are not good to be used for corneal transplantation.

Fact – Eyes of any deceased person anywhere in the world can be used for corneal transplantation following evaluation.

Myth – An entire eye can be transplanted.

Fact – Only the cornea is used for transplantation.

Fact – Corneal transplantation is a proven, routinely performed surgery and is a successful procedure.

Myth – Corneal transplantation is not effective and successful in Indian eyes.

Fact – Corneal transplantation is effective in all eyes, if performed under optimal conditions.

Myth – Human eyes can be bought or sold.

Fact – Selling or buying of human eyes is illegal.

Myth – Only those who have pledged their eyes can donate them after death.

Fact – Pledging of eyes is not important, because even in the case of a pledge, the consent of the family member is essential, without which an eye cannot be removed. 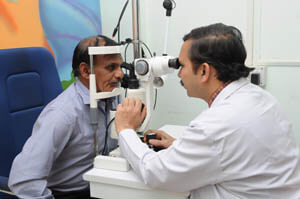 Please feel free to reach out if you have any questions..

We’re always available for our Patients with emergent problems. You can easily reach us 24/7.